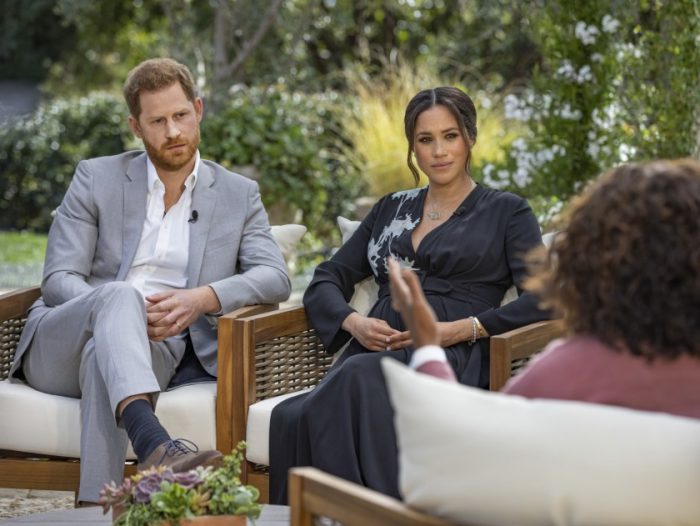 How Businesses Can Learn From The Firm’s HR Failures

Posted at 14:01h in Diversity, Equality by Feyi Osiyemi

Meghan Markle and Prince Harry’s much anticipated interview with Oprah Winfrey has exposed many of the issues they faced whilst working as members of the Royal Family. During the infamous interview, issues were raised including those regarding race, mental health and bullying. Amongst the issues discussed are more familial matters, however due to the nature of the family as an Institution and a ‘Firm’. There are certainly parallels to be drawn from their experience and lessons that businesses can take in how these issues have been addressed.

The Royal Family, The Brand and Diversity

The Royal Family aka ‘the Firm’ essentially operates as a business. A very simplified understating of the economic relations of this business with the public is that it is funded by taxpayers but also designed to offset this cost with income from tourism and charitable/ military services. Essentially, this is a social contract within which sustained positive public perception of its brand is vital to its endurance.

The Royal Family could be perceived as being in danger of becoming less relevant to the younger generation and international and in Commonwealth countries. These groups are more likely to question whether the Monarchy is reflective of the society they serve. The arrival of Meghan Markle as a mixed raced American woman could have modernised and ameliorated the Royal Family brand at a critical point in time (Tweet this). However, a lack of support for mental health issues and accusations of racism, amongst other events seem to have done the opposite and damaged the brand, as evidenced with an #abolishthemonarchy hashtag trending on Twitter. [1]

Offering a mirror into the corporate world is the Royal Family’s HR department; we must not forget ‘The Firm’ is a business after all. It is generally understood that an HR department in any firm should oversee various aspects of employment, such as compliance with labour law and employment standards and administration of employee benefits. Also organising of employee files with the required documents for future reference and some aspects of recruitment (also known as talent acquisition) and employee offboarding and to advise and assist employees. The Royal Household has five departments, including the Privy Purse and Treasurer’s Office, which encompasses sub-departments including property services, IT finance and human resources.  In Meghan Markle’s experience, some common HR failures are apparent.

Claims of bullying have been reported from several parties but all seem to have been responded to inconsistently. In response to bullying allegations from former staff of Meghan Markle, Buckingham Palace released a statement, saying their “HR team will look into the circumstances. Members of staff involved at the time, including those who have left the Household, will be invited to participate to see if lessons can be learned. The Royal Household has had a Dignity at Work policy in place for a number of years and does not and will not tolerate bullying or harassment in the workplace.” [2]

On the other hand, stories were run in the press stipulating that Meghan had made her sister in law Kate cry over wedding details. However, in her conversation with Oprah, Meghan stated that that ‘reverse’ had actually happened, but that the Institution would not correct this in the press. She said specifically that she felt “they were willing to lie to protect other members of the family but they weren’t willing to tell the truth to protect (her and her husband).”

Meghan and Harry also reported that there were conversations with unknown family member(s), regarding ‘concerns over how dark their unborn child’s skin may be’. The response to this came directly from the Queen, saying “The issues raised, particularly that of race, are concerning. While some recollections may vary, they are taken very seriously and will be addressed by the family privately.” [3]

Inconsistencies in response are present throughout these incidents and when these kinds of events are represented in business, this inconsistency breaks trust between corporations, employees and colleagues (Tweet this). Companies should instead have a consistent, formal investigation procedure and demonstrate a zero-tolerance approach to racism. So that they can build trust and confidence in employees to be able to report harassment and bullying.

In another very serious incident, Meghan Markle has stated in the interview that she reached out to HR regarding her mental health, saying she was having ‘clear and consistent’ suicidal thoughts. Meghan told Winfrey that those she talked to were sympathetic and agreed the issues she was facing were “disproportionately terrible,” but that there was nothing they could do to protect her because she is “not a paid employee of the Institution.”

This is an all too familiar situation for many employees, who go to HR and leave without help or resolution, instead demonstrating a lack of liability. “This is also a shortcoming of a poor HR model: Unorthodox employment arrangements and settings often leave workers without formal means to wage complaints.” [4]

We can see that the British Monarchy had a chance to champion diversity but ultimately failed. How and why should businesses take lessons from this situation? As demonstrated by Meghan Markle’s experience with the British Monarchy, with a lack of support from managers and HR and the omission of an inclusive culture, can lead to turnover and potentially even brand damage (Tweet this). As touched upon above, just like with corporations, the institutions who reject diversity not only lose out on all of the benefits of diverse thinking. They become more disconnected from a multicultural society and increasingly out of touch with the new generation of talent who care about these issues.