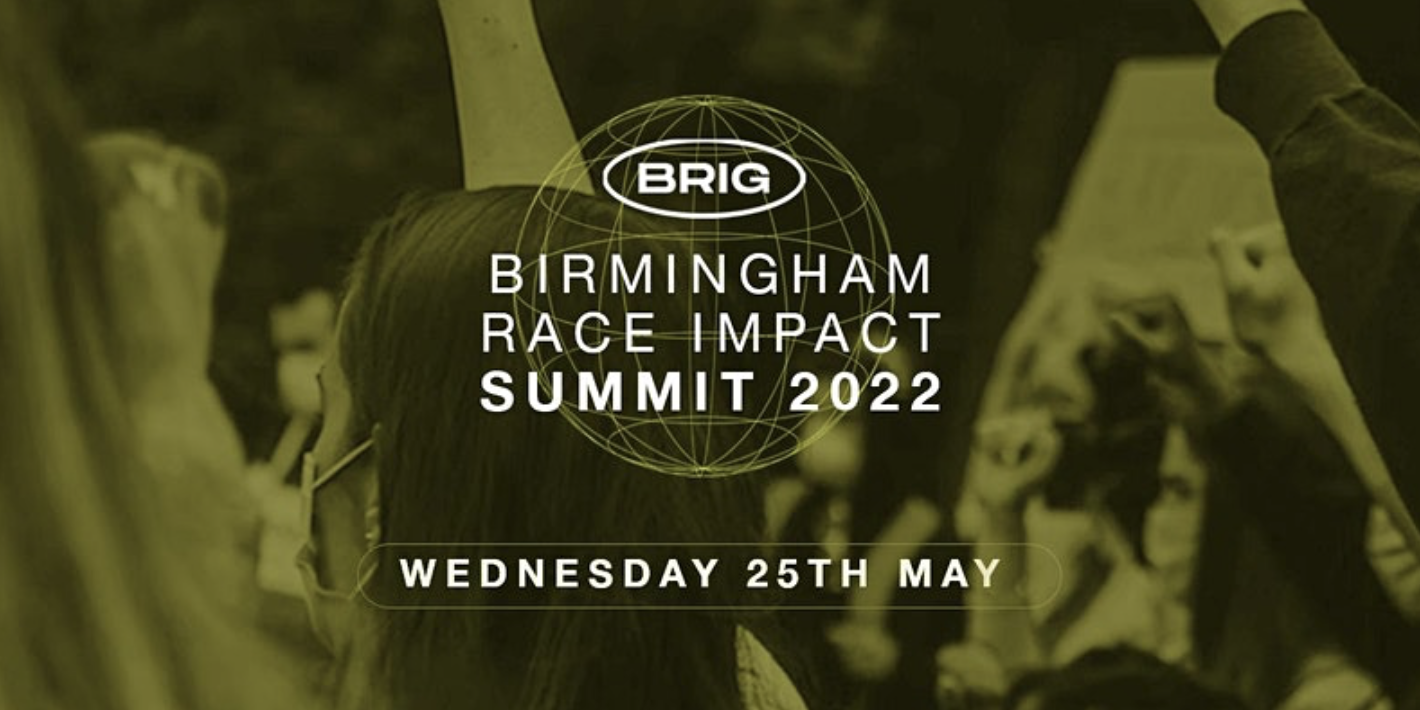 The inaugural Birmingham Race Impact Group (BRIG) Summit comes to the city on the second anniversary of George Floyd’s murder on Wednesday 25 May 2022.

Despite Birmingham now being a minority majority city - where people from minority ethnicities make up the majority of the population - Black, Asian and marginalised communities face disproportionately worse education, employment, health and housing outcomes when compared to their white counterparts. It is now more important than ever to tackle these issues.

The BRIG Summit will look at practical actions to tackle systemic racism and racial disparity symptoms in Birmingham simultaneously as one societal challenge. Alongside contributions from Mac Alonge, Chief Executive Officer (CEO) of The Equal Group, the event will feature keynote talks from:

Taking place at Aston Students' Union (8 Coleshill St, Birmingham, B4 7BX) from 09:30 until 17:00 on Wednesday 25 May, the event will explore what an Anti-racist city looks like, which will inform the development of a 10-Year Race Equality Delivery Plan to hold the city's agencies to account on redressing racial inequality.

Mac Alonge, Chief Executive Officer (CEO) of The Equal Group said: "The Equal Group is proudly based in Birmingham, and proud to sponsor the inaugural BRIG Summit in 2022. We look forward to sharing the results of our recent work with the West Midlands Combined Authority at the event in May."

Acting chair of BRIG, Ranjit Sondhi said: “the Black Lives Matter protests spurred by the racist murder of George Floyd in 2020 highlighted the racial inequalities that persist in our society. The BRIG Summit aims to create ambitious approaches to fighting racism that drive lasting change in Birmingham, so that the colour of your skin doesn’t limit the opportunities available to you.”

Hosted by the Birmingham Race Impact Group (BRIG), the event is free to attend by registering at brigsummit.eventbrite.co.uk, which can be found searching for the hashtag #BRIGSummit2022.